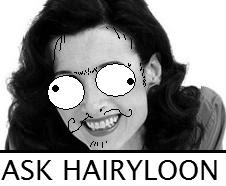 Some of my readers’ questions would confound the Oracle of Delphi! Here’s a selection of recent unanswerable ones worth pondering anyway:

In other words, "here's some stupid questions to amuse people because poking fun at morons is one of the perks of being an effin' genius". None of them are really 'unanswerable' as they are incredibly fucking stupid and have obviously been printed in her column for lulz, which makes it terribly sad that people are getting lulz from Parade Magazine.

As I travel the highways, I notice signs that read “Deer Crossing.” How do the deer know to cross at those signs?
—from a reader in Ovilla, Tex.

The sign was put there because the deer were crossing there first, asshat. As you clearly don't possess basic logic, please stop driving before you kill someone. 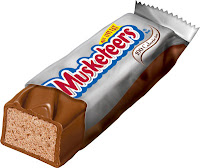 Why are the Three Musketeers always depicted with swords? Why not muskets?
—Burbank, Calif.

Because it's easier to stab someone than it is to shoot them with a musket. Plus, a sword is cooler. Don't disagree with me, douchebag. A better question would have been why the Musketeers are always last to get eaten when they're so damn tasty. 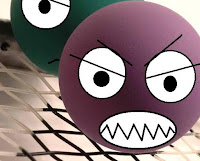 I play racquetball. The court is a large, enclosed room with a 20-foot-high ceiling and one small door, which players use to enter or exit during warm--ups, etc. Why—although this door is open only briefly—does the ball go through it about 75% of the time?
—Spearfish, S.D.

Because it hates you and I hate you, too.

Why do the eyes of life-size cardboard figures of people appear to watch and follow you as you pass by?
—Tyler, Tex.

Because they are. No, seriously, bro, it's just you. You're a paranoid idiot.

I’ve heard that the Earth’s magnetic poles are reversing. Will the strip in my credit card still work? Will my refrigerator repel my magnets?
—Portland, Maine

Send me your credit card and I'll check it for you.

Because it never formed into a chicken, fuckface. You're eating an abortion. Or as the rich chickens call them, a ski vacation.

Do I have more of a chance of catching a cold if I’m chewing gum and blowing bubbles? In other words, can airborne germs be caught by my bubble and then ingested after it has deflated and the gum is back in my mouth?
—Saddle Brook, N.J.

No. Why the hell would you think you'd have a better chance catching a cold from germy-air touching your gum than by breathing in the germy-air directly? Germ-ass. 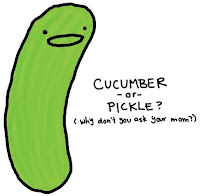 Do you know whether Christopher Columbus brought pickles with him aboard his ships when he explored the New World?
—Cary, N.C.

That was a pickle in his pants? I just thought he was glad to see me! [RUNNER-UP ANSWER: Who fucking cares? That's not even a legitimate question.]

The city of Toledo, Ohio, is urging its residents to lose weight to the tune of one million pounds. With that much weight exiting our planet from such a small location, could it alter the Earth’s orbit around the Sun?
—Swanton, Ohio

Yes. We're all going to die. Especially if geniuses like you have bred. We had fewer and skinnier people on this planet for centuries and you think the orbit's gonna be affected by something like that? Maybe you should be more worried about all of that stupid hurling us into the sun.

In movies, when someone gets out of a car at night, why doesn’t the dome light ever go on?
—Sebring, Fla.

It broke. I broke it. Me so sorry.

If a person on television held up a mirror facing a camera, could someone at home see his reflection in it?
—Colorado Springs, Colo.