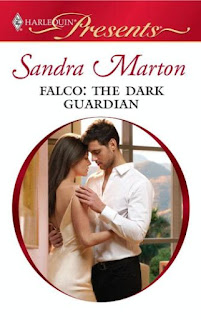 Revered businessman Falco Orsini has left life in the special forces behind—though he uses his powerful skills occasionally, when duty calls. But duty is always on Falco's terms! When his estranged father asks him to protect a young model who is being stalked, he begrudgingly agrees…only because of the vulnerability he can see in her eyes. Elle Bissette won't be a victim—she can take care of herself! And surely big, dark, devilish Falco is dangerous. Because one kiss from a man like him will leave her breathless….

The patriarch of a powerful Sicilian dynasty, Cesare Orsini, has fallen ill, and he wants atonement before he dies. One by one he sends for his sons—he has a mission for each to help him clear his conscience. His sons are proud and determined, but they will do their duty—the tasks they undertake will change their lives forever! They are… THE ORSINI BROTHERS. Darkly handsome—proud and arrogant. The perfect Sicilian husbands!

Done the wrong way, this is the sort of thing that really makes you put your finger in your mouth and gag. That said, I believe The Orsini Brothers is the first mini-series where I'm actually excited for the next book. The brothers have a flourishing business together and are great friends who all find themselves summoned by daddy. This gives them more than enough excuses to interact with one another and they do so naturally enough that you forget for a while that each one is being systematically hooked up for our reading pleasure. 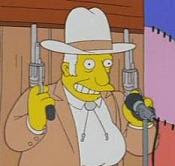 Late last year, we got the stories of Raffaele and Dante in "Raffaele: Taming His Tempestuous Virgin" and "Dante: Claiming His Secret Love-Child" and this year it will conclude with "Falco: The Dark Guardian" and "Nicolo: The Powerful Sicilian". I admit, I was wary of the Falco book probably because he's the ex-Special Forces guy. That's usually one of my kill-switch phrases along with prince, sheikh, cop, cowboy, and Texan. [Full disclosure: I'm Texan and of the race, class, and political-slant rich, white, cowboy ranchers thumb their noses at. So, no, I can't say the Rich Texan particularly turns me on.]

So anyway, Falco is called in by Dad, a.k.a. Cesare Orsini. Cesare was into crime or something like that so Falco and his brothers aren't too "wild about Mary" if you get my drift. Cesare charges Falco with protecting Hollywood actress Elle Bissette from some nutjob sending her frightening mail and such. I really would've preferred if Falco hadn't kissed Elle so early on. Elle's this friendless actress with a horrible past who fears for her life and this dude appears in her trailer out of the blue, gets up in her grill, and plants one on her. It would take quite a while for me to wash out the idea that he's a sicko, attempts at helping me or otherwise. That just should not have happened, I don't care how sexy he's supposed to be. The scene where Elle later fantasizes that she's kissing Falco could've been that much hotter and instead I'm wondering about this poor woman's victim complex.

Then there's the part where they end up sleeping in the same bed. And Falco's all derrrr...

"Well, it never occurred to me to ask the character in the front office what the sleeping arrangements were."

I have problems when a guy portrayed as capable and traveled as Falco forgets something basic like that. It comes out contrived and tension is lost. Picture this: Falco gets a double room or something and spends a rough night thinking about Elle because she's so gosh-darn purty or whatever. Then Elle has a nightmare and Falco decides to hold her. The last part is what basically happened anyway and it could've been done without Falco looking like a creep who planned this. Or even the age old "this was the last room available and it only has one bed" or something. That Elle fell fast asleep earlier on and was thus completely powerless in this entire process did not assuage me.

The book then becomes a giant waiting game for when Falco and Elle were gonna do it. This would have been less noticable were it not for the lack of interaction with other characters. Raffaele and Dante dealt with human obstacles to their love-interests while Falco and Elle just have each other and some unknown weirdo lurking off-page somewhere. Thus Falco and Elle are in the trailer, on the road, in the cabin, in the car, in the hotel, in the car, in the cabin, at the airport to Maui... see a theme? Sadly, neither one is enough to make this work for me.

I wanted the stalker to be confronted or Falco's idea of calling in a bodyguard buddy to materialize earlier on so they could be given somebody else to deal with. I wanted one of Falco's brothers to reappear somehow. There are other characters—Elle's director Farinelli and co-star Chad and Falco's pals Rick and Jack—but they all end up as props to move the whole thing along. While I didn't want anyone to come in and hijack the story, another person was needed to actually make Falco and Elle bond and provide some outsider perspective. (No, not just Falco flirting with the airport counter girl.) Elle should have confronted Farinelli with Falco in tow as to why she had a bodyguard she never asked for. Farinelli's part in the story emphasizes the tell and lack of show because he does quite a lot but we see almost none of it here. Or Elle should've been present when Falco deals with the dude victimizing her so Falco could be inspired by her fear or pain. Which brings me to that.

Ultimately, Elle confesses to Falco that she was molested by her step-father, crazy-ass pedo-preacher Willy Joe who just got outta prison. YUCK. So Falco leaks their location to lure Willy in. This gets Elle so hot she and Falco do it again. YUCK. Then Falco confronts Willy Joe and kills him in combat. Now this is a guy who was able to get mail to Elle and track down her phone number. He broke into her secluded cabin that no one in the world even knows about—not even the paparazzi—and meticulously entered so no one would realize he had broken in. Then he took out light bulbs in order to force Elle to switch on the right light to discover a toy cat hung on her wall. So you'd think he'd have to be a clever guy, right? Instead we get a "six feet six inches of lard laid over prison-honed muscle" [I had to read that twice, too] fat-ass who Hulk-smashes his way into an atrium at three in the morning brandishing a knife. HE COULD BUY A TICKET TO MAUI BUT NOT A GUN. APPARENTLY HE COULD ONLY CHOOSE ONE.

Willy Joe spat on the terrazzo floor. “She lured me to her. Seduced me. She’s a whore, just like her mama.” He curved his body forward, spread his feet apart. It was the stance of a man who knew how to use the silvery blade he held. “Now she’s your whore, Orsini. But not for long. I’m going to kill you and then I’ll kill her.” He smiled, the smile of a maniac. “Get ready to meet your maker.”

Corny dialogue aside and maybe I just missed this but how the hell did he know Falco's name? I know Falco had his and Elle's location leaked, but Falco also assumed Willy Joe had more than a bowl of cornflakes above his eyeballs. WHY would he chance Willy Joe making the connection that Falco had been in the service OR was a rich connected guy OR had possible underworld connections given his last name? Any one of these things is a big problemo for a sick-ass stalker as well as for the man trying to catch him.

Suddenly, the knife was driving down toward Falco’s throat. “Whore-master,” Willy Joe shouted--

Whore-master? Is this a British insult? Did anyone else think of Beastmaster? Maybe it was just me. I guess it's still better than I what I would've written:

Suddenly, the knife was driving down toward Falco’s throat. “Bitch, you be pimping!” Willy Joe shouted--

So Falco tosses his gun aside and shanks WJ with his own knife. Counting uses of "the" and "and", there are about 340 words between Willy Joe's first entrance and when he dies. FTW? It reminds me of when I would stay up late to see "Tales From The Darkside" and it was rerun. I am disappoint. Most importantly, is that supposed to be hot? This is why I don't like Special Forces, cops, or any of the type in romances. They's always gots ta kill someone, Special Forcing and whatnot. Of course, getting a book without one's no guarantee either. I remember reading this one Harlequin where the hero had the heroine's evil father beaten to death. BEATEN. TO. DEATH. I don't care if the guy was evil and had it coming: Violent death != Romantic. Child rape != Romantic. I'm sure it's floating somebody's boat, but mine just sank on top of a family of unsuspecting sea sponges. And what's more, Falco killing Willy Joe's supposed to be comparable to a knight slaying a dragon. You know this because it's hammered in over and over again. I get the knight-fantasy, I really do, EXCEPT THE DRAGON NEVER RAPED CHILDREN. Just putting that out there.

For my final gripe: The brothers did not need to be in Falco's office when Elle arrived for a reunion. Everybody's there for Falco and Elle's wedding in the sappy epilogue and it would have been more appropriate to have them interact with her there or even in the beginning of Nick's book. Here it felt like a big ol' setup for all of them to meet, which was a bit disappointing. At least Falco seemed to think so too and booted them out.

This book gets 3 acorns. I like the series and wanted to enjoy this one more, but Falco has to be the least likable Orsini (although there aren't too many differences among the four of them to begin with). Elle was a difficult character to sell as well and a hero with a bigger heart and a cooler head would have been a better complement to her. Somebody with her past needed a man to help her heal and I couldn't buy that this would be Falco. Furthermore, interactions with other characters probably would've given these two a chance to shine as duo. It was hard watching them bouncing off of each other so much.

BTW, my recommendation, if you haven't done so already, is to start at the beginning with Raffaele's book and decide whether or not you want to continue reading the series from there.

New comments are not allowed.