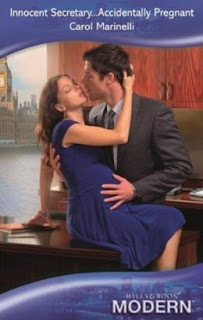 Ah, another day, another trashy book.

SEXY SICILIAN BOSS - HANDLE WITH CARE! Plain Emma Stephenson might not look like a tycoon's glamorous assistant, but for Luca D'Amato - a playboy who likes to play - breaking through her no-nonsense attitude is his favourite new game. Sensible Emma thought all they'd be sharing was an office - not a bed! But she's learning fast what being Luca's personal assistant really means! Now he's standing there offering her a promotion, and she's trying to find the words to tell him....she's pregnant!

Sounds like sexual harassment to me. That title, too, oh, boy. That title reminds me of that Bruce Willis line in The Last Boy Scout: "It was an accident, right? You tripped, slipped on the floor and accidentally stuck your dick in my wife." And holy crap, check that cover. She's like a twelve year-old hiding a watermelon under her dress. The window view's incredible, too. Apparently his office resides on a boat!

After a not-so-promising job interview, our heroine Emma Stephenson ends up meeting her prospective boss: good looking, Italian-something-or-other, mama-mia billionairo Luca D'Amato. Of course, Luca's magic boomstick wastes no time honing in on Emma. She disses his night in Paris to go home and watch tv. My first thoughts were that this was totally awesome. Although she's immediately attracted to Luca, she also has the pluck that comes from growing up in the den of hot womanizers that were her father and older brothers. She knows Luca's type of guy and is having none of his poo-poo.

Emma ends up walking in on Senior PA Evelyn's "WAAH, I JUST WANT A BAY-BEE" session. As they bond awkwardly over the latter's barren womb, Evelyn admits she just wants Luca to stop boning the help.

Emma: "Maybe you should look for a male PA."
Evelyn: "They'd fall in love with him, too."

Fuck a duck, Luca's Johnny Depp. Hell, that might’ve been a better book. Anyway, poor Evelyn just wants to do her job and get a bun baking in the old oven. Newly impressed with Emma, Evelyn decides to give her the job after all.

"...and they shared a glass of water. Funny that he noticed a little thing like that--funny that to Luca it mattered that she didn't go and get another glass."

UHHH-HUH. Well, you know, dude, she could've just been lazy. Or not even thinking about it. Just putting that out there. Despite his feelings, Luca made a vow to eighty-six all relationships and decides he better keep his hands off Emma because once he gets involved, he'll need her to GTFO of his life. Still, he's dying take her to Italy for hot pizza lovin.

I'm still trying to figure out at what moment this book proceeds to sink into quicksand and never come back to us.

Maybe the first thing is that it kinda twiddles its thumbs getting off the ground. We spend a good third of the story acquainted with both Emma and Luca's misgivings about getting involved. Second, instead of either one making any real concession to get over that hurdle, Luca just storms in and lays one on Emma and that’s that. Because he's Luca and he can. Then Emma finds her dead mother had actually left the family before her fatal accident. Emma all but immediately tells Luca they’ll go to Italy and he can have her virginity.

While Emma has admittedly wavering confidence from the start of the book, I just don't even see that happening. Emma established that she likes him a lot but can’t compromise her goals because she knows his type. She's seen it a dozen times in her own family AND with Luca's ho-parade. Evelyn told Emma to her face how Luca plays. If Luca had given any hint having something different with Emma, maybe I could see her tricking herself into it.

"I know the rules, Luca. And I'm prepared to play by them."

Except she doesn't. She wants to do it with no condom. She pushes and prods into his personal and family business. She concludes sex is "making love". She counters his inevitable verbal lashings with too many whiney "I hate you"s. Then, after all of that hurt and no apology on his part, they do it again and Luca ditches her again! "No! You said you loved me!" she sobs, flailing her arms at him like a harpy. Yes, really. What the hell happened to the strong woman in the beginning of the book? The one who appeared to have at least two brain cells to rub together? After all of that, I just could not imagine how Emma was any exception among the other clingy women that populated Luca's life. The author states in the preface that when she created Luca, she knew she would have to create a "special" heroine for him. Yes, that's one word for it.

Luca for all of his faults was written better and I wish author Carol Marinelli just made the book completely from his point of view. Not only would we have been spared the bird's nest that is Emma's thoughts, we might've known what the hell he was thinking taking advantage of Emma—a woman he admits he actually likes as a human being—in her ridiculously over-fragile emotional state. Then, for not wanting Emma to get attached to him, he does several personal kindnesses a young, besotted virgin would surely misread. When Emma presumes too much concern, he tells her to drop the act since he's paying her for sex. He then proceeds to bully her out of her job. You're a real professional, bro.

But he's only hurting her because he loves her! BAAAAAAW. She does eventually leave him and doesn't even tell him about the baby. Luca not only already knows but ACTUALLY ADMIRES HER for not playing "her last card". EW. At the end, Luca finds out he's some other guy's kid and it seems to magically negate his fears of the past. God forbid he actually conquer those things without such a neat escape hatch.

And witherto the romance? I really couldn't find any at this point. Luca brings Emma breakfast in bed before he dicks out, does that count? I mean this is a Harlequin Mills & Boon book but it’s more devoted to the freakin' family drama fucking the two leads over than having them plausibly fall in love through mutual understanding. Or some shit. 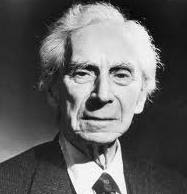 One and a half acorns. I consider the extra half generous. I'm not even gonna bother with posting the actual acorns. You're just getting a picture of my face after reading this book. For a good laugh, read this five-star review from a plant over at Amazon. "She's different from the other women he's dated, she's a challenge,..." So's a chick who eats paint. Or a circus bear. C'est romantique!
Posted by B E C K at 10:40 PM